Our Silver Wedding Anniversary – today Sandra and me have been married for 25 years. Celebrating this milestone in our lives is the primary reason for the safari this year. 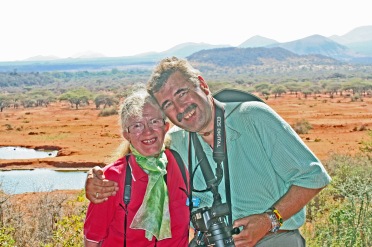 After breakfast we said goodbye to Kilaguni and made our way westwards towards Amboseli, picking up our armed escort on the way. The road to Amboseli runs close to the Tanzanian border and in the past vehicles have been attacked by poachers and bandits, so an armed escort for part of the journey is deemed as a necessary precaution.

Most of the journey was on very bumpy and dusty roads, although there was a brief respite when we reached a stretch of tarmac road which was almost “billiard table” smooth!  Having traversed the “risk zone”, our armed escort bade us farewell and we continued on towards Amboseli.

About 4 kilometres west of Tsavo National Park’s Chyulu Gate on the road to Amboseli, we reached the Shetani lava flow.  ‘Shetani’ means ‘devil’ in Swahili.  The flow was formed approximately 500 years ago and is said to get its name from the fact that when the locals saw ‘fire’ erupting and flowing on the ground they thought that it was the devil himself emerging from the earth, hence the name Shetani lava flow. 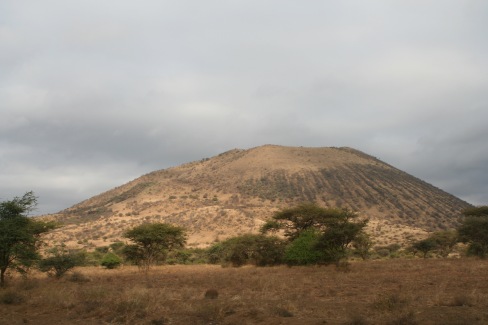 Chaimu, the source of the Shetani lava flow 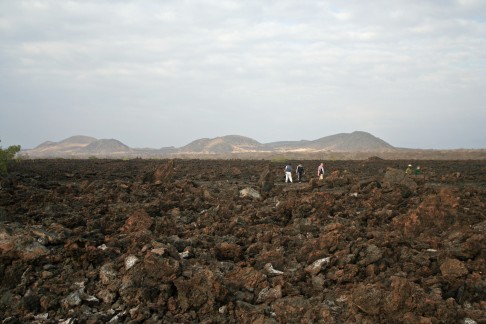 We had a brief stop at the lava flow and were able to get out of the vehicles and explore on foot.  The landscape around us was like something on the Moon.  Very little vegetation could be found, just the occasional very stunted Acacia.  A barren and inhospitable landscape.

We reached Ol Tukai Lodge in Amboseli, in plenty of time for lunch.  Our room on this visit was No.44; larger than the standard room, very comfortable, and overlooking the African savannah, just the other side of the fence!  As looked out Zebra, Elephants, Wildebeest and even a Hippo, were grazing just a matter of a few yards away.

At 4pm we set out on our evening game drive, and once again Nicholas pulled out all the stops to find us the wildlife.  This time the “tick list” included all the usual suspects, but the highlight as we returned to the lodge with the African night starting to descend upon us, was a distant view of a Serval hunting! The Serval is the tallest of the small African cats; a spotted cat with long legs and big ears.  As we watched, it performed its characteristic leap into the air as it pounced on its prey in the long grass; perhaps a rodent or a bird.  The Serval is more day-active than most of the cats, especially early or late in the day.  It also has two peak periods of activity at night, the hours before midnight, and then again before dawn.

Arriving back at the lodge at 6.30pm we settled in for dinner and a relaxing evening reliving the day’s experiences and looking forward to what tomorrow might bring. 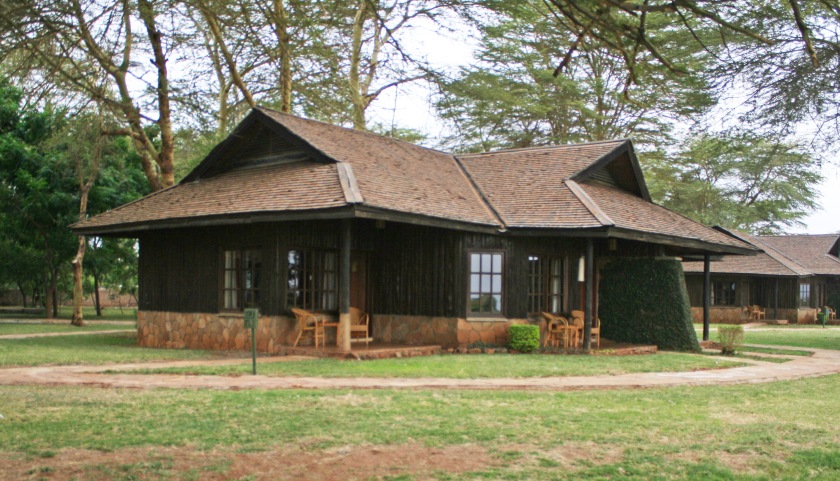 Our accommodation at Ol Tukai

I am an amateur photographer with a passion for wildlife and for Kenya. Combine the two and the result is some unbelievable experiences, which I would like to share with you. View all posts by stevedaly697

This site uses Akismet to reduce spam. Learn how your comment data is processed.